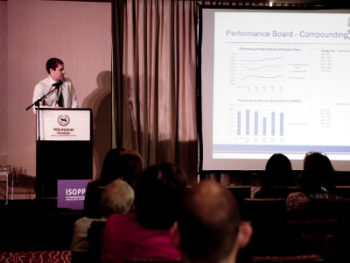 Money. They say it can’t buy you happiness. Fair enough, but it’s still nice to have, isn’t it? And for international organizations that want to empower their members and advance the interests of the professions they represent, a certain amount of it is absolutely essential.

One way of getting money to flow into your organization’s coffers, your city and your country is through hosting international conferences and events. We’ve talked about this before. But now some proof, some hard numbers to prod you towards making that commitment to be the host(ess) with the most(ess).

Some startling numbers, relating to Canada in the year 2012 (note that the currency values referenced below reflect the Canadian dollar):

The researchers went on to point out that “business events were shown to directly support over 200,000 full-year jobs with a further 142,000 full-year jobs supported through indirect and induced supply chain linkages and household re-spending. These results point to a sector of the economy that can support one full-year job for every $85,000 in direct spending.”

In total, business events supported $55 billion in economic activity for Canadian businesses during 2012.

In the US, as you might expect, the numbers were even larger. The Convention Industry Council’s figures for 2012, again in association with the Meeting Professionals International Foundation and other organizations, found that 1.83 million corporate and business meetings, trade shows, conventions, congresses, incentive events and other meetings took place in the US. This resulted in:

Bear in mind that these two examples won’t be directly comparable (separate datasets, methodologies etc.), but the bottom line is that this is big business.

I’ve focused on the US and Canada above, but what about your country? Do you have some information to share about the positive impacts of professional meetings where you are? If so, we’d love to hear from you. You can join the conversation by leaving a comment here or contacting us on Facebook or Twitter.